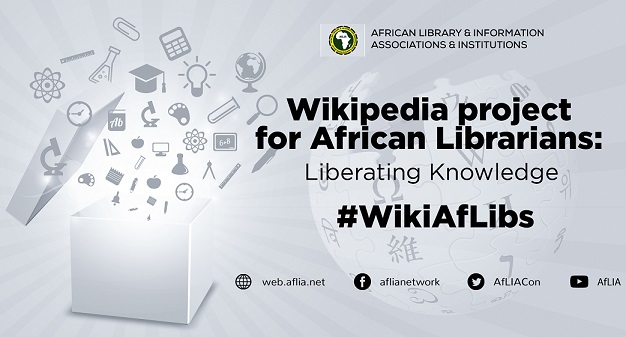 Knowledge has two powerful features. It empowers and liberates. Organizations seek information, facts and data which are the main components of knowledge to strengthen their operations, expand where feasible and to gain competitive edge. Countries understand the power of narratives created by knowledge – expressive and tacit, and how minds and events can be affected by it. Using the motif of knowledge created through narratives contributed to by a majority including the marginalized and under-represented and not just a few advantaged voices has the power to liberate, embolden and influence minds that can drive social justice and engender equity in communities.

Through time, knowledge has been controlled by the privileged who have the resources to tell stories – theirs and others. Libraries sprang up in ancient Babylon, Greece, Egypt, China, Rome and in other places to keep administrative records and spread knowledge, albeit to controlled groups such as priests, religious neophytes and rulers as well as elites of that period. Stories were told and recorded only from the perspectives of those who created or had access to knowledge. With the invention of printing and through the Renaissance and Enlightenment eras to the present times, libraries have become important for the growth of learning and redistribution of knowledge. Also, as more people have access to knowledge, there has been increase of books written as new perspectives of information, facts and imagination are shared.

Then Internet came and liberated knowledge. As the enabling technology that facilitates the passing on and receiving of information, facts and works of imagination, it created the scenario for the power of narratives to be possessed by all. Using the Internet and assisting people as much as possible to learn, inform, create and push their own narratives through it has been one of the core duties of all library types since the 20th century.

Observations point to the fact that there still remain voices and narratives of communities and peoples that are largely underrepresented or even absent in the global body of knowledge on the Internet. This serves as a precursor to mindsets and events that can breed injustice and inequality as there is a tendency to regard as invisible or second-class those whose stories and philosophies are not known or integrated into the broadly accepted epistemologies of knowledge.

Wikipedia to the rescue!

Libraries had always made efforts to fix the gap by having collections that include resources from their locales. However, no library can collect all the needed print and digital information resources! Wikipedia, the free online encyclopaedia provides opportunities for libraries all over the globe to move beyond custodial functions for knowledge to becoming active participants in creating knowledge and assisting their user communities to do same thereby pushing out their own meanings, narratives and becoming more visible globally.

The OCLC Wikipedia + Libraries Better Together trained librarians in American public libraries. AfLIA has received a grant from the Wikimedia Foundation to hire a Wikipedian in Residence and a Curriculum Development consultant to adapt the OCLC curriculum to the African context and train librarians from all library types in 30 African countries.

Come follow AfLIA on this adventure. You can receive regular updates of this African librarians’ quest to make their communities more visible. You can subscribe to the project’s newsletter here. Share your views with the hashtag #WikiAfLibs.

Want to learn how to contribute an interesting story or article to African Library Vibes? CLICK HERE TO CHECK OUT HOW TO DO SO.