Maximizing learning experiences in African Library Schools for outcomes that are responsive to the current realities in 21st century Information field has become imperative. The Library Education and Training Institutions Section, AfLIA, is kick-starting the conversations that hopefully will reposition and revitalise Library education on the continent. Join us for yet another exciting webinar on the topic: Qualitative and Standardized LIS Education for Africa.

This is a free webinar and open to members and non-members of AfLIA alike.

Please read the section on Technical Requirements to help you prepare adequately for this webinar. 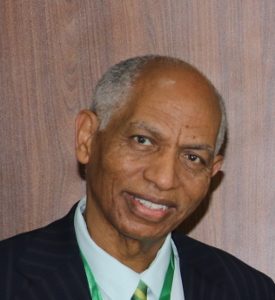 Upon registration, reminders will be sent to all registrants periodically. This webinar will be hosted on Zoom Conferencing Platform. Participants, who do not have Zoom on their mobile devices and or computers, need to download, install and create an account on Zoom ahead of time (CLICK TO DOWNLOAD). Webinar attendees are encouraged to join early, preferably 15 minutes before the start of the webinar, as one may need time launch the application.

The speaker will use a webcam to connect with attendees. Audio and video for the session will be streamed over computer speakers. Attendees are therefore encouraged to connect with a headset or earpiece for maximum utility. Participants will be able to ask questions and interact with the presenters and other webinar participants via the Q&A and chat features in Zoom.

A list of resources and further information will made be available at the end of the webinar, to enable thorough engagement with the webinar content. All registrants will have access to the presentation slides as well as a link to a recording of the webinar so they can listen again at a convenient time.

For further enquiries and assistance about the webinar contact us at afliacomm@aflia.net.

Do bring this to the attention of your colleague librarians as well as those in the professional circles you belong to. It is free!!!