Research on African Libraries in Development: Perceptions and Possibilities 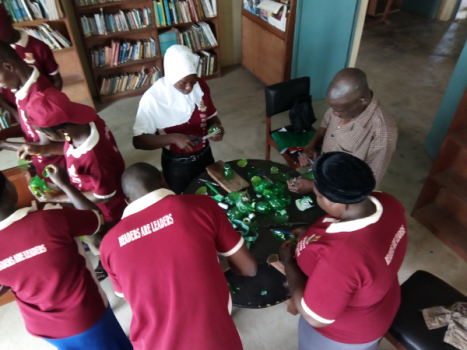 A Problem of Perception

Over the past few years, TASCHA and African Library and Information Associations and Institutions (AfLIA) have been collaborating on the Advancing Library Visibility in Africa (ALVA) project to examine the relationship between public libraries and development across sub-Saharan Africa. Through the course of several stakeholder meetings, librarians involved in the project have expressed an interest in expanding their partnerships with international development organizations. They point out that they are already doing work in their communities that advances development goals, and that increased support from international organizations would greatly expand their own capacity. However, they struggle to begin building relationships with these organizations. A TASCHA study from 2012 echoed that the perception of global libraries among international development organizations was low, and that public libraries are typically overlooked as partners in development.

Based on this expressed need to make libraries more visible as partners, ALVA interviewed individuals working in development organizations to answer the following research questions:

Those that did perceive libraries offered a limited perception, with a notable trend in associating libraries with books and literacy only, as mentioned by 13 participants and similar to our 2012 study. There is also a persistent belief that libraries simply do not have capacity to be active partners in development. The most frequently mentioned perceptions of libraries among participants were related to issues of low capacity, citing outdated facilities, untrained staff, and lack of technology or technical expertise and other resources, among other potential challenges. These perceptions then limit the extent to which libraries can be seen as effective partners.

It is possible to change perceptions of African libraries, and some have already shifted.

In spite of a lack of visibility, many development practitioners saw the potential of libraries, as in our 2012 study, but interestingly, some reported a shift in perception. At least six participants reported a change in views over time to see libraries as development partners, motivated by either participation in our interview or contact with colleagues who had experience with libraries in development. Seven participants expressed that libraries would be eligible partners if they were visible, and some were hopeful that this was “very doable” through strategic messaging which leverages libraries’ value. This outlook suggests that it is possible to change the perceptions of libraries in the eyes of development organizations and prompted us to suggest some possibilities.

We asked what organizations are looking for in partners in order to suggest more concrete roles for libraries. First, the role for libraries as community-embedded institutions responds to the desire for community-based partners who are “steeped in certain communities,” trusted locally, networked with local bodies, and have local expertise as well as access to local data.

Participants also suggested that libraries could bring unique insight into community problems and solutions that would make them more effective as partners. Interviews signaled that development practitioners may be predisposed to see libraries as community-embedded institutions, given their commonly held perceptions of libraries as community spaces, spaces for informal learning, and places for people to access resources such as information and internet which they often use with their own families.

Another role available to libraries is a hub for resources that development organizations need in terms of space, data, and research. Many participants thought of a library as a “gathering space” or “platform” and were able to imagine possibilities for development programming in this space, such as an “entrepreneurship club” for youth. Participants also expressed a desire for data that address current gaps that are unique from what is found in other official sources, gender disaggregated, locally focused, and citizen-generate. To provide these types of data, libraries could leverage access to local populations, given their role as “places where a lot of people go,” in the words of one participant.

Participants also cited that libraries would be useful for disseminating research done by their organizations, either at the community level of “awareness raising” or at the institutional level as “custodians” of African “local content and indigenous knowledge.” Therefore, if libraries can position themselves as spaces where organizations can host programs, access unique data, and share research, development organizations may have increased interest in partnering with them.

Quantitative output data, especially on library usage and demographics of users, are important to demonstrate the capacity of libraries in development.

It is not enough for libraries to have the potential to fill these roles – they also must prove to development organizations that they will succeed in meeting this potential. Many participants expressed a preference for partners “who can do the work” of development projects and have a “track record” to prove it. When asked what qualities their organizations look for in potential partners, participants most frequently mentioned expertise as well as being generally capable and functional. These insights reveal that demonstrating the competency and existing success of libraries in development is crucial in presenting libraries as effective partners.

Given the success of global libraries using data for self-advocacy, many of our interview questions revolved around types of data that would be convincing to development organizations. In response to these questions, interviews emphasized the importance of library output data, defined as information on the direct services and usage of the library. In general, participants expressed a preference for data that show the direct impact of libraries on development, but they acknowledged that data on impact were difficult to acquire, and output data would be useful to make a case for impact. Both quantitative and qualitative data were discussed as useful, but there was a slight preference for quantitative data because they allow organizations to “sell and to demonstrate undeniable success,” and interviewees reported using quantitative data most often in order to assess partners, with attendance at events and growth of program participation over time given as examples.

Output data were also most frequently mentioned as the type of data that organizations would want from libraries, including data on library usage in terms of user numbers and demographics, number of people attending library programs, content or collections, and number of staff. In addition, multiple participants expressed a desire to reach “target populations” including “marginalized groups” such as women, youth, or refugees as part of partnering with a library. Taken together, these responses suggest that quantitative data on library output, and in particular usage and user demographics, would be effective in order to address the concerns of development organizations.

Data is not a magic bullet.

Participants mentioned many other factors beyond data that influence the partnership decisions of development organizations including networking, referrals from colleagues, prior work with an organization, ability to craft convincing proposals, and library marketing to “put themselves out there.” They also emphasized that the types of data that would be most useful for libraries to collect were highly dependent on the needs of the project and its funder. This variability underscores just how much variety there was in responses overall; there were very few points that were agreed upon by a majority of participants, and this was relatively a small sample of the vast world of development organizations.

Overall, the field of international development seems increasingly complex for libraries to navigate. In the end, African libraries may have data and determination, but without well-connected advocates and the ability to wield data effectively, their potential as development partners may stall.

Suggestions and Next Steps

This post is a condensed version of a longer report which will be published open access in the near future. Please email lynchren@uw.edu for more information about this research.

Want to learn how to contribute an interesting story or article to African Library Vibes? CLICK HERE TO CHECK OUT HOW TO DO SO.