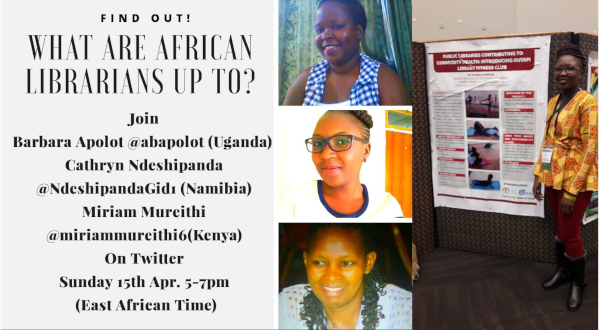 Cathryn Ndeshipanda Shikuni, a librarian in Outapi Community Library, Namibia is a participant in AfLIA Leadership Academy. She observed that members of her community, struggle to keep fit and live healthier lifestyles. She investigated and found out that there was a lone gym in the community which charged exorbitantly. The gym has since closed down. She also listened to her community and established that people would want to receive health information as well as have a place where they can exercise and bond together on their journey to fitness.

According to Kapitako (2017), many Namibians especially females are either overweight or obese. Knoema (2017), observed that female obesity prevalence for Namibians rose from 13.8 percent in 1997 to 25.4 percent in 2016 showing an average annual growth rate of 3.26 percent. Also, Hayes (2017), had pointed out that cardiovascular diseases and diabetes which are some of the consequences of overweight and obesity account for 12.4 percent of deaths in Namibia.

First things first, Cathryn sought and got approval from the management of her Library. A space outside of the reading areas but inside the premises of the building that houses the Library was assigned to her for the project. Next, she approached he Ministry of Youths & Sports and NAPPA. They granted her request and a nurse to measure and check vital signs of the participants before and after the exercises. Cathryn also created a WhatsApp group for the Library Fitness club. She uses that medium to communicate with the group and to share health information. Members of the Library Fitness club also use the platform to check up on each other’s progress as they seek healthier bodies. AfLIA used the #LibrariansWhoDare hashtag to talk about the project with Cathryn on Twitter. She used that medium to get connected and share with other libraries who run the same type of service for their communities.

Cathyrn’s AfLAc project is a step towards the attainment of Goal 3, Target 4 of the UN 2030 Agenda – ‘By 2030, reduce by one third premature mortality from non-communicable diseases through prevention and treatment and promote mental health and well-being’.

The project also drives the achievement of Aspiration 1 of the AU 2063 Agenda with particular emphasis on the Priority Area of ‘Health and Nutrition’ and Section 3.2.6 of the 5th National Development Plan of Namibia (ndp5) which emphasizes building capable and healthy human resources (Republic of Namibia, 2017).