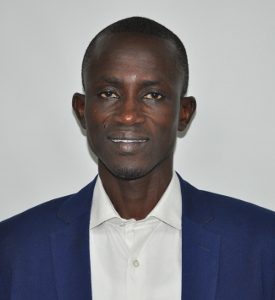 Mandiaye Ndiaye is a senior Librarian and Head of the Reference Service and management of continuous resources at the central library of Cheikh Anta Diop University in Dakar, Senegal. He holds a Bachelor of Arts in Arabic and a Graduate Diploma in Library and Information Science.

He is the National Coordinator of Open Access Programme for the Consortium of Senegalese University and research libraries (COBESS) (since 2008), Secretary-General of Senegalese library Association, ASBAD (2012-2016) and Immediate Past President (2016-2018). Mandiaye has been Vice Chairperson of the Academic and Special Libraries of AfLIA (2015-2017). Member of IFLA Freedom of Access to Information and Freedom of Expression (FAIFE) Advisory Committee 2019-2021

M. Ndiaye is a trainer and advocate of free access to information and knowledge. He is a member of the Dynamic Coalition for Public Access in Libraries (DC-PAL) a framework within Internet Governance Forum.

He is a fellow of