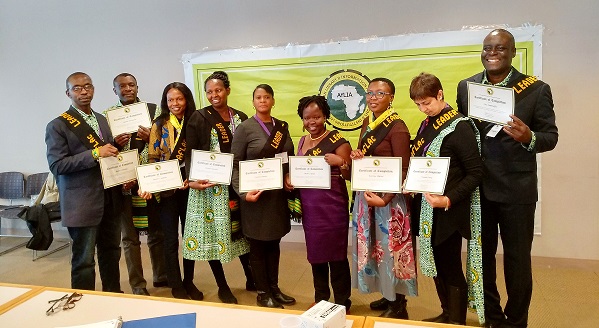 On the first day, Librarians gave updates of their projects and Emily Plagman, Manager of Data and Assessment, PLA gave an intriguing overview of the measurement of Impacts and Outcomes of projects. This was needful as the Leaders had developed new library programmes in response to community needs. How can these programs or projects be adjudged successful? Librarians need to learn how to go beyond mere success stories from library users to how to collect outcome data to clearly show the impact of what they have done. Outcome is what happens as a result of the activities, programs and services of the library. It is not the number of people who attended programs in the library or used the services rather it is how those people were affected by the services or programs. What changed in their lives because of the library services or activities. Knowing how to do this effectively will help librarians to answer the questions – ‘How are libraries transforming communities? What good does the library do in individual lives and communities?’ Outcome is not the number of desktops in the library. Basically, it is measuring how the presence of the desktops and their usage are changing lives. The change could be what people learn, change in behavior or change in situation. Understanding the impact of a library and its activities starts with knowing the different types of measurement and the answers they provide. 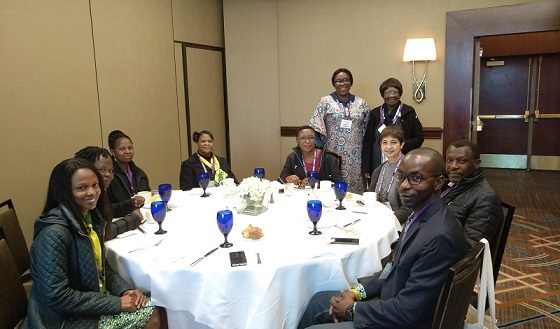 The Director, HCD&T AfLIA, the Consultant and AfLAc Cohort 1 participants 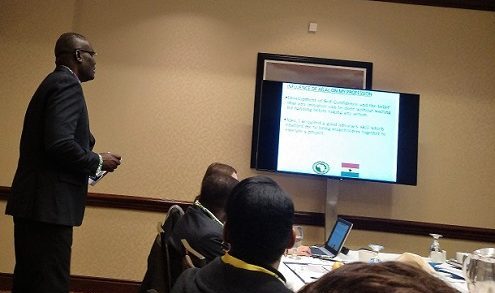 Guy Amartefio, an AfLAc Cohort 1 participant giving an update on his project

The Librarians joined the PLA Leadership Academy Cohort 9 to learn for one session. Five core areas of leadership were highlighted during the session, 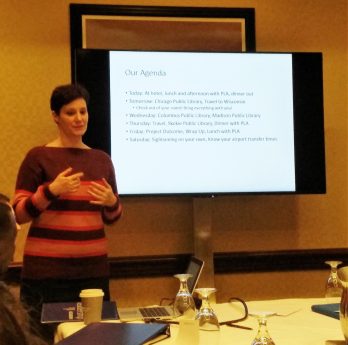 Mary Hirsh, PLA, giving an outline of the agenda for the visit 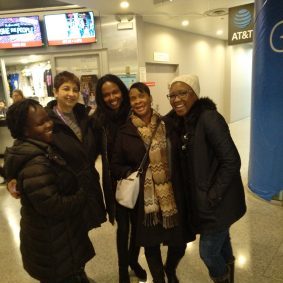 At the Second City

AfLAc joined the PLA Leadership Academy for dinner at the Second City which hosts comedy sketch shows and improvisations. Through role playing and improvisation, the leaders learned that the dynamics of information provision include the body language and the actual words spoken in the process. The centre is a great place for exploring one’s creative potentials and honing already acquired skills. The possibility of creating such spaces in libraries for the bulging youth population in Africa was well noted.

Columbus Library looks very welcoming. Columbus public library is deeply into community engagement. The community as they see it is made up of families, friends, neighbours, local organizations, faith groups, civic groups, local government, schools, business communities, local movers and shakers and others that are not yet identified.  The library offers services to all these different groups in the community. It has TACOS (Teen Advisory of Students), a group dedicated to planning teen events and volunteering in the community. The library also has a vibrant Friends of the Library that raise funds to support the library and actively promote the library in the community. The Friends meet monthly and operates largely from a Library annex where they sell books, craft works and other articles for the benefit of the library. In partnership with the Columbus Area Senior Center and the Recreation and Parks municipal authority, the Library assists in producing the Columbus Commotion which is a publication of the City of Columbus. 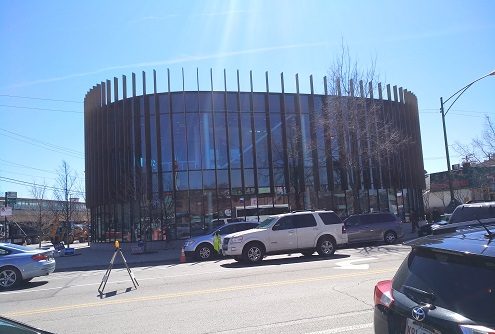 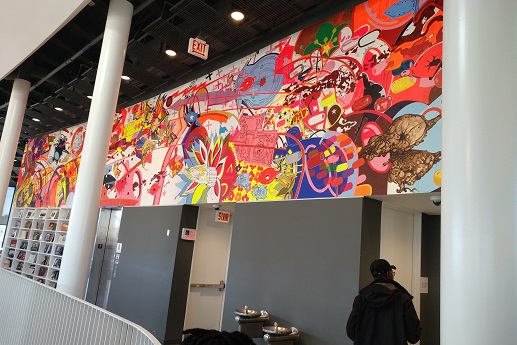 The use of space is appealing and tells the history of the library. The Columbus public library took off in 1877 with the donation of books and two rooms. It later moved to another location.  In 1910, the Columbus Women’s Civic Club who focused mainly on the educational advancement of the city, solicited and got funds ($10,000) from Andrew Carnegie to build a library. The wooden shelves in the library have lasted for more than 100yrs. Initially, libraries were community centres where people will gather to share news and be social.  This changed in the 1950s when libraries became like warehouses for books. Presently, the focus has shifted back to communities again. The library also has a small corner for Teens, armchairs with shelves of romance novels near them for those that want to relax with the stories and soar away to fantasyland, spaces for the Tweens; that is the older children that are not yet teens who feel they are too ‘grown-up’ to be grouped with children and general space for adults and seniors. 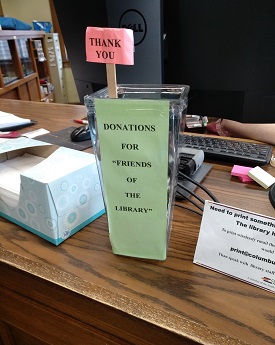 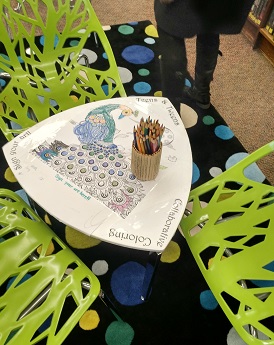 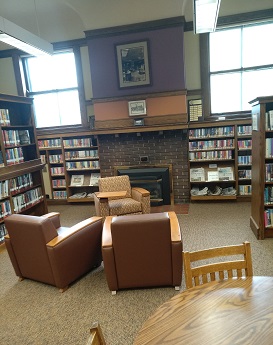 Madison Public Library is highly committed to its community. Most of the adult services are planned around the notion of promotion of creativity and inclusion. The library is the headquarters of other eight neighbourhood libraries within the city. Carnegie funded the first library building in 1906. The library appears to have spaces for every imaginable activity! The Bubbler is a makerspace room where users can learn to screen print, make things and learn presentation skills. The creed in the Bubbler is Learn, Share Create.  It is also regarded as a hub for creative expression amongst people of all ages through art creation, and appreciation as well as engagement with new and old-school technology. 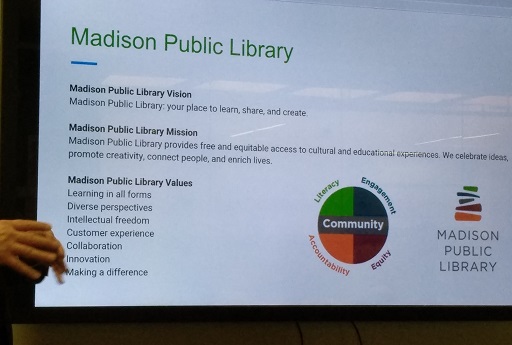 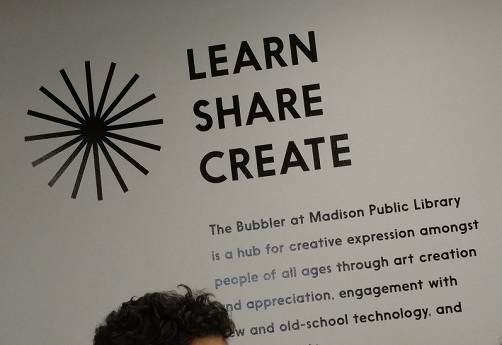 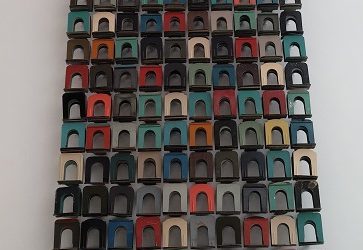 Donors to the library are acknowledged through beautiful artistic plaques on the walls of the library. Book clubs are eulogized with their names inscribed on the furniture as one walks into the library. The artwork in the library is unique. Book ends were used to adorn a wall.  The Library partners with different organizations in the city including Madison Metropolitan School District, YWCA, UW-Madison, United Way, Literacy Network and a host of others. A Madison Public Library Foundation raises funds for the Library outside of government allocations. 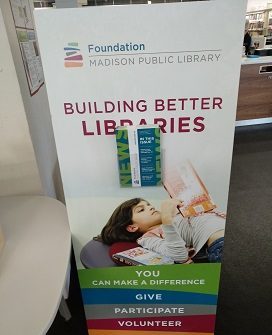 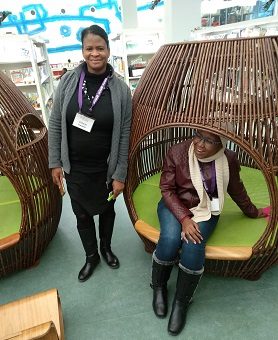 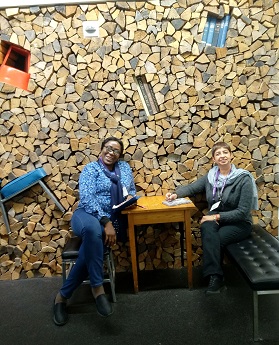 The first impression one gets of Skokie Public Library is that of space. The Library’s mission is to a ‘springboard for personal growth and development’, this it ‘promotes discovery, enrichment, collaboration, and the exchange of ideas through a broad spectrum of resources and experience’. The core service values of the library are pursuing access and equity, cultivating learning and literacy as well as engaging the community. The library has a 200seat amphitheater where diverse performances and cultural events take place. The Library has an interactive space which it calls BOOMbox. The primary objective of the space is to promote STEAM (Science, Technology, Engineering, Art+Design, Math) learning. The space provides tools and inspiration for creativity focusing on a different theme each month.  The Library lends out STEAM KITs to young people and children from 3years up. The library has a very large collection of movies, audio books and CDs with space for watching or playing the resources as one desires. The library also has a Science Club Jr. and runs specific programs targeted at making children financially literate such as Money Smart Kids which is a part of the Money Smart Week programme. 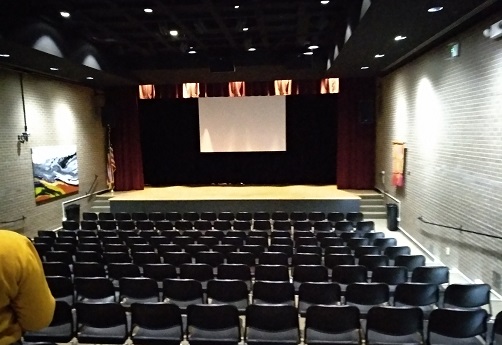 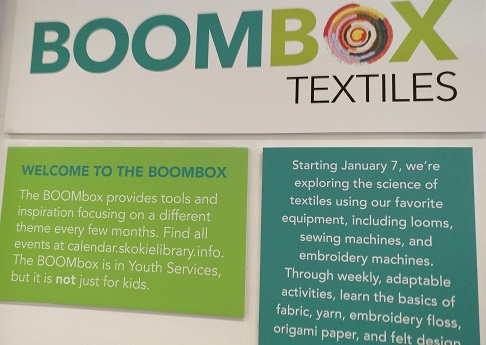 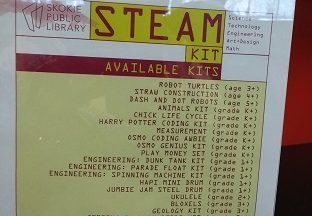 STEAM Kits that can be borrowed 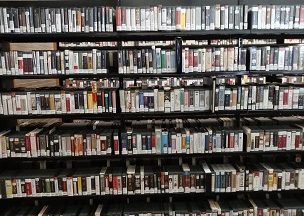 Videos to be borrowed

The library has a Business Librarian whose primary function is to help big and small businesses in Skokie town succeed. The business librarian and her team assist users who need to do business research either for starting off or managing an enterprise. The Library also offers facilities for business people who would want to host a meeting, work, make calls or use the Internet. The Library also gives information about places where people can have lunch within a walking distance. Interestingly, the library also entered a partnership with some local restaurants whereby readers can order food and it will be delivered to them at the library to be eaten in area with sit-outs. In partnership with eight other organisations within the town, the Library is part of a community campaign to reinforce the town’s commitment to being broad-based in welcoming and supporting all who live there and the exploring how additional partnerships might be forged to further areas of interest. The campaign ‘Skokie Welcomes Everyone’ is part of the larger agreement for Skokie Cares. The Leaders went back to Chicago from Skokie Library. On the last day of the professional exchange visit, the Leaders officially graduated from the AfLIA Leadership Academy.
Share